Get three freebies, including my newest story, from Phoenix Pick and Galaxy’s Edge

My newest story is live in Issue 19 of Galaxy’s Edge.

Shattered Vessels, co-written with the talented Robert B Finegold, is a tale of love and loss, adventure and mysticism, and one too many knife fights.  It will take you from ancient Assyria to the Pyrenees to modern day San Francisco.

The issue is free to read until the next issue goes live (at which point the link I’ve included will take you to Issue 20 or beyond).

Now for Freebies #2 and #3 – Please follow the instructions carefully!

Galaxy’s Edge is celebrating its fourth year in business, and in true Hobbit style, YOU get the presents.

6) The eagle-eyed among you may have noticed a pink box at the top of the Phoenix Pick page. That’s a Pay What You Want (including nothing) deal on The Long Tomorrow by Leigh Brackett, plus a cheap three-book bundle featuring more Brackett, Hal Clement, Fred Pohl and others. The bundle isn’t free, but it’s a great deal on some classic SF.

An excerpt from POSEIDON’S EYES

An excerpt from Poseidon’s Eyes, my short story forthcoming in Writers of the Future, Volume 31 on May 4th.

The illustration is by artist Megen Nelson. Stop by her website and check out her other work!

Sometimes you can get to know a whole town by understanding just one man. In the seaside village of Summerland, that man was Peyton Jain. Peyton was in his 60s, as best I could tell. His face was craggy and weathered, with a beard like sea foam on rocks and eyes of Poseidon’s blue. 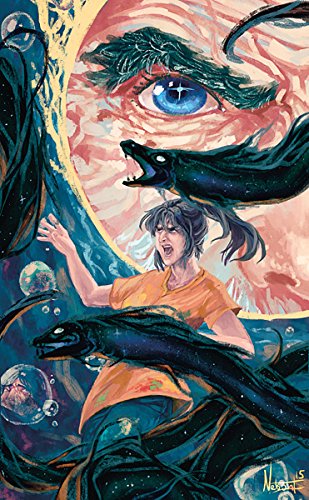 Some folks thought of Peyton as a nuisance to be reported or a vagrant to be run off, but I knew different because it was Peyton who put me right with Summerland’s spirits. The locals have joked about spirits as long as anyone can remember, but it took the murder of the Kelly children to remind us just how real—and how powerful—the spirits could be.

Summerland sits like the Pythia over a cleft in the rock, soaking up the vapors of prophecy along with the California sunshine. Spiritualists started a commune here over a century ago. Egalitarians at heart, they outlawed money and divvied the land into tent-sized plots.

Oil—oil money, really—edged the Spiritualists out. Derricks took over the beach, and the Spiritualists’ canvas utopia turned into a shantytown for oil workers. My house was made from two of those oil shanties sandwiched together. The shanties had been built before electricity, so the wiring came up through holes in the floor, and the doorbell was an old ship’s bell, corroded green with salt and time.

The house had no foundation, just posts and piers and seven jacks. When the floor sagged, Peyton crawled beneath to twist the jacks until everything was more or less level. That was a blessing to me because I couldn’t abide the narrow crawlspace with earth pressing in around me and voiceless whispers winding snakelike over my skin.

The county said the whispers were nothing to worry about. Radon gas. Natural seepage. Buy a detector and install a fan. But radon doesn’t creep up through the floorboards in silver ribbons until it pools in the corners, like living smoke. Radon doesn’t whisper in the darkness like waves on sand.

But spirits? That’s exactly what they do.

Free mini eARC for #WOTF31! Who wants one?

In the next day or so, I will have a mini eARC for volume 31 of Writers of the Future to distribute to anyone who is willing to leave an honest review on launch day (or thereabouts).

Here are the deets:

Writers of the Future, Vol. 31

Oh, and here’s a plug for my story, POSEIDON’S EYES.

In a sleepy California beach town, spirits magnify both the good and the evil in human hearts.

ETA: I’ve also got two 99 cent sales for you!  Mike Resnick’s Best of Galaxy’s Edge has 25 short stories in it, including my Hugo nominee, and Writers of the Future, Volume 29 (not the current volume) is also on sale. Grab them fast because I don’t know how long the sales will last.

Reminder: Comments are moderated, and may not appear in a timely fashion if I’m busy writing or away from my computer.

The first Farthane story went live today. It’s one part ancient cataclysm, one part mystical order and one part little girl with kitten. For my friends at Writers of the Future, this was my Q1 entry. 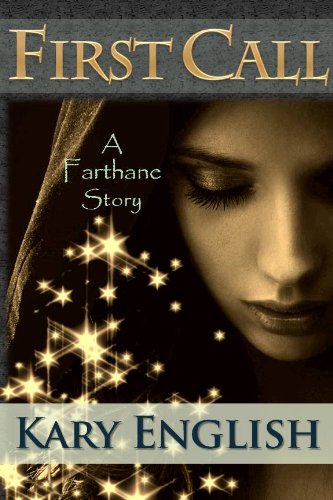 “When the Call comes, it must be obeyed.”

Since the time of shadow and ash, the citizens of Eriyu have been guided by the Judicars, a mystical order devoted to Truth. Jerra, a young initiate, is ready to face the final trial that will allow her to become a full-fledged Judicar. But Truth isn’t easy to see, especially when her own mentor turns against her.

P.S. If you’re looking for the Farthane website, it will be live soon. For now, feel free to hang out here.   🙂